The ruins of Pompeii, part of an ancient Roman city destroyed and buried by the eruption of the volcano Vesuvius in 79 A.C. can be visited during this tour. The remainder of the uncovered city is today buried under the new Pompeii rebuilt many years subsequent to the eruption. Archaeological excavations are open to the public between the hours of 09:00 and 18:00 every day of the week, guides can be hired at the entrance or headphones can be rented, voicing explanations of the sites.

Unlike Pompeii and even Herculaneum, Paestum can often be deserted, the gleaming white marble ancient Greek temples that date back to the 6th century BC, set against the dark brown hills and deep blue sea, provide a uniquely Greek experience in Italy. Today, the preserved temple of Hera II (once believed to be the Temple of Poseidon) is one of three temples of which is composed the archaeological site. (See also the temple of Hera I) Part of the interior is a colonnade with two rows of columns, including the superimposed upper level which supported the roof, therefore illustrates the standard Doric form: 6 columns on the end and 14 columns on the side. We recommend hiring a guide for the sites and visit an archaeological museum close by, with a rich collection of Greek art and antiquities.

Use this form to send a non-binding booking request. Specify the dates of your stay and request the information you require and our operator will respond as soon as possible.

Fields marked with an asterisk (*) are required

Discover Sorrento and Amalfi Drive while you are on cruise. Continue

Pompeii and Herculaneum Ruins and Mt.Vesuvius

From the pier to discover Pompeii and Herculaneum Ruins and Mount Vesuvius. Continue

Archaeological excavations of Pompeii and Herculaneum

Guided tour of the Royal Palace of Caserta Continue

Walking tour of Sorrento and visit of Pompeii ruins Continue 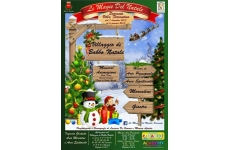 Would you like to receive our exclusive special offers or to be updated regularly on news and events? Register for our free newsletter!

Read the opinions of our clients »